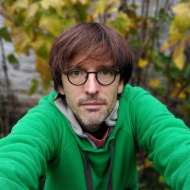 Research in my group lies at the interface of evolutionary and functional genomics using both theoretical and empirical approaches. We use a range of different methods to address evolutionary questions based on a detailed description of the molecular objects we manipulate.

Evolution of the molecular lock and key system encoding S-alleles in the Brassicaceae.

In evolutionary biology, self-incompatibility has been “the” textbook exemple of balancing selection. We study the multifarious signatures of natural selection on the genes controlling self-incompatibility specificity and their genomic environment. We are especially interested in understanding the kind of functional constraint that allows or prevents the emergence of new S-alleles in a context where S-allele specificities are controlled by two distinct genes, thereby introducing a strong co-evolutionary constraint. This project has received funding from an ERC grant under the “Consolidator” program (NOVEL). This project is a close collaboration with Sylvain Billiard and Xavier Vekemans.

Evolution and molecular control of dominance and recessivity.

In the Brassicaceae, self-incompatibility shows a very interesting dominance/recessivity phenomenon, whereby S-alleles are arranged along a fully transitive, mostly linear dominance hierarchy (called “sporophytic” self-incompatibility). Our previous work showed that this dominance is largely explained by a set of small non-coding RNAs produced by dominant S-alleles that have the capacity to target and epigenetically silence the more recessive S-alleles. We now want to learn more about how these unusual genetic elements achieve their function and how they evolved in conjonction  with the diversification history of S-alleles in the Brassicaceae. This project was funded by ANR BRASSIDOM and will now also be funded by ERC NOVEL. This project is also a close collaboration with Sylvain Billiard and Xavier Vekemans, as well as colleagues from RDP (Isabelle Fobis-Loisy, Thierry Gaude, ENS Lyon) and LGDP (JAcinthe Azevedo, Thierry Lagrange, CNRS Perpignan).

MicroRNAs are a class of small non-coding RNAs that have emerged in the last decade as major players in the regulation of gene expression in the cell. While functional aspects of microRNAs have been the focus of intensive research, much less attention has been given to their evolutionary properties. In particular, the relative simplicity of their structure (size of ca. 21t and production from simple hairpin structures that are highly abundant in most plant genomes) provides opportunities for multiple mutational origins and great evolutionary flexibility. This project is funded by Région Nord Pas de Calais under the frame of the “Projet émergents” program (project MICRO2) and is done in close collaboration with Sylvain Legrand.

Transposable elements (TEs) are repeat elements found almost universally in eukaryotic genomes that can proliferate by high jacking a variety of cellular processes. The mating system is predicted to have a central influence on how they accumulate, and we take advantage of the closeely related genomes in the Arabidopsis genus to test these predcitions in natural popularions. This project is also done in close collaboration with Sylvain Legrand, as well as with Florian Maumus (INRA Versailles) and Mark Hanikenne (Université de Liège, Belgium).